The Research Institute of Virology of the Republican specialized scientific practical medical center of epidemiology, microbiology, infections and parasitics diseases.

Control of infectious diseases is carried out through the introduction of scientific, methodological and coordination activities in the field of virology and the provision of highly specialized medical care in the diagnosis, treatment and prevention of viral diseases.

Clinic of SRI of Virology

was established on the basis of 2-hospital for infectious diseases in 2006. The main directions of the clinic activity – provision of preventive and curative care for patients with HIV infection, acute and chronic viral hepatitis, cirrhosis of the liver and intestinal infections.

Clinic of the Institute has 200 beds for the treatment of infectious patients. In the clinic, there are the following departments:

Scientific-Research Institute of Virology MH RUz is one of specialized scientific-research institutions for clinical and applied Virology.

Professor Sh. Kh. Khodzhayev was appointed Director of the Institute of Virology in 1979. Formation Institute and the construction of its buildings were directly under the supervision of Professor Khodjaeva Sh.Kh., who led the institute for 25 years. The team of the branch of the Institute of Virology, 1979.

The staff of the Institute studied successfully viral hepatitis spread in the context of individual regions of the Republic of Uzbekistan, with the assistance of the complex of modern research methods; they conducted their prevention and implemented highly sensitive diagnostics methods.

From 2004 to present, Director of the Institute is Professor Musabayev E.I.

Until that time, only viral hepatitis and arbovirus infections were studied on the base of the institute. However, over the past 14 years, the activities of the institute have significantly expanded.

The objectives of the institute:

For the first time in Uzbekistan, the phenomenon of cytoplasmic membrane of lymphocytes in the liver of patients with hepatitis D described electro-microscopically and reported at international conferences (Germany 2009, European Conference on Delta hepatitis -Turkey, 2010).

The Institute staff designed a modified method of detecting HBsAg in liver biopsy slides in patients with hepatitis B.

For the first time in Uzbekistan, deciphering of nucleotide sequence of the virus genome performed, using which, mutation of genes, resistance of the virus to antiviral therapy is determined.

Mathematical models of viral hepatitis were designed for the first time and reported at international conferences (Japan, Germany, China).

Cost-effective model of prevention of developed cirrhosis of the liver of viral etiology was developed in Uzbekistan, using predictive and mathematical modeling. Musabaev E.I. received PhD degree in 1983, Doctor of medical sciences in 1990 in Scientific-Research Institute of epidemiology of the Health Ministry of the USSR.

In 1990-1995, he was a research fellow and Deputy Director on scientific work in the Scientific-research Institute of epidemiology, microbiology and infectious diseases MH RUz.

In 1995-1996, he was the chief physician of the Tashkent City Infectious Diseases Hospital.

From 2000 to the present - Head of the Department of Infectious Diseases of the Tashkent Institute of Postgraduate Medical Education.

The main areas of scientific activity are the study of molecular epidemiology, pathogenesis and treatment of viral hepatitis, viral diarrhea, and other significant infectious diseases in Uzbekistan. He is the coordinator of a number of national and international research studies, training programs focused on molecular genetic aspects and treatment of HIV and viral hepatitis.

He has more than 200 scientific papers, including 5 monographs. He is scientific supervisior and consultant of 4 doctoral and 14 master's theses. Head doctor of the clinic Deputy Head Physician of the clinic Director of the Research Institute of Virology, Ministry of Health of the Republic of Uzbekistan Head physician of the clinic

Deputy of Director for Science, Head of department of papillomavirus and other oncoviruses research 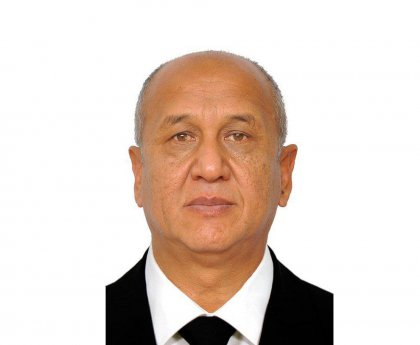 Head of the HIV Research Department, Doctor of Medical Sciences 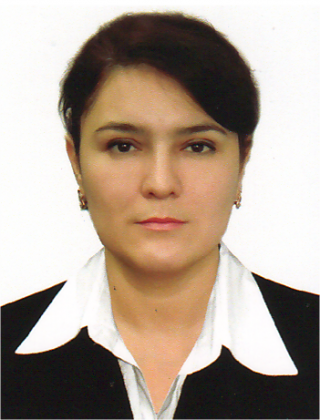 Head of the Reference Laboratory Deputy Chief of the organizational and methodical work, PhD Head of the Department of Chronic Viral Hepatitis,

Doctor of the highest category